As you can tell from the lack of detailed entries, I haven't exactly had a lot of free time at the show. Between meetings, filming, more meetings, and more filming, I've barely stopped to breathe. Today, though, it all comes to an end for another year. Interesting stuff this time around, as I got to say hello again to Thomas Jane, met Simon Pegg, and today will be meeting with both Grant Morrison and Deepak Chopra. By the way folks, definitely check out the interview we did with Simon Pegg, Edgar Wright, and Jessica Hynes for Spaced. I fed a great little joke to Vic in there for Simon referencing both Star Trek and Hot Fuzz. If you know me, you've probably heard it already, but the reaction was absolutely priceless.

As I've already alluded to (isn't that just a great word? Alluded?), aside from filming, most of my time has been taken up in meetings at the show. Found out a metric ass ton of information on future projects, in video games, comics, and in film. I'll be spending most of the week following up with people and hope to be able to tease some of you with more details soon.

Anyway, I'll try to write some more about the show later today or over the week. Right now, I'm getting all packed up, as I check out of the hotel this morning before hitting the show. Then it's a red-eye from San Diego back to Jax, so I can start the work week off bright and early tomorrow. I can already tell, the first order of business will be a fresh pot o' coffee.

Before I go, though, here are a few quick bullet points:

Anyway ... I need to wrap this up. Gotta finish packing and get ready to leave. As always, more to come.
Posted by Unknown at 10:13 AM No comments: 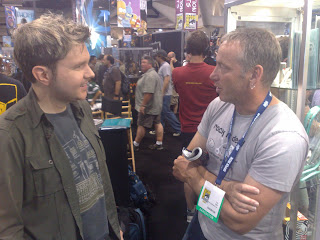 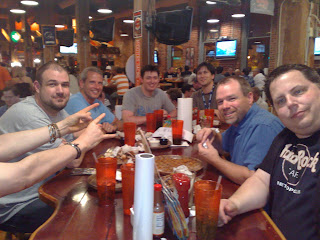 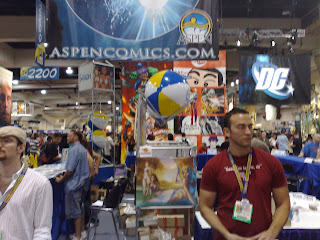 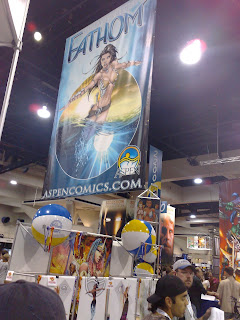 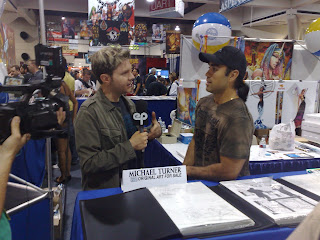 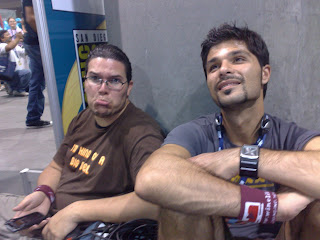 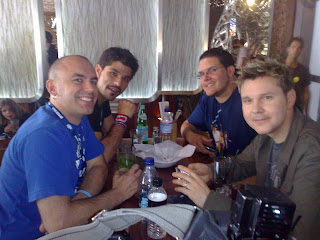 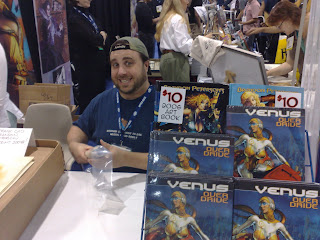 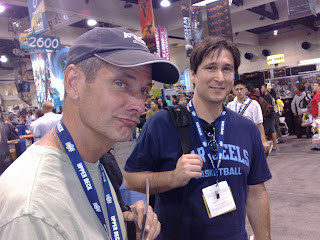 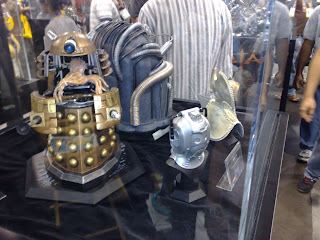 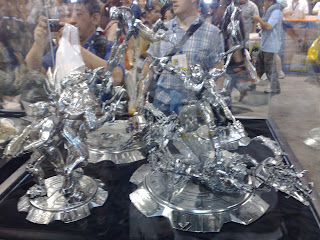 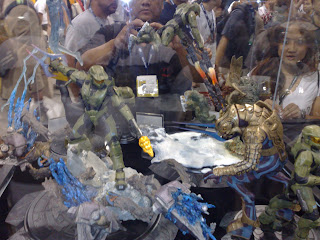 Posted by Unknown at 1:10 AM No comments: 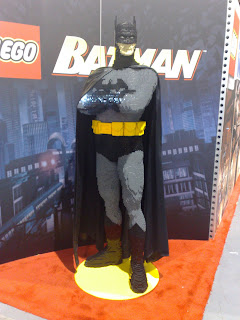 Here's just a taste of the pics from the Preview Night of Comic-Con. If my connection was more reliable, I'd have 'em all up ... but they will be up soon.

Meanwhile, I got a few things I wanted, since it'll be hectic during filming. And it only took two hours of waiting in a ridiculous press line.

As many of you know, I'm a gadget whore. I LOVE me some gadgetry. Well, recently I decided I was due to replace my phone. Ye ol' Dash just wasn't cutting it much anymore. So, out I went on a quest for a good phone and damned if I didn't find one that got me all geeked out again ... the Nokia N95-3.

This little guy is fully packed with all sorts of goodies.

Now, this thing was a royal bitch to get set up the way I wanted it. Emails, text messages, web support, and everything took a while to get tweaked, but I'm almost there. I also loaded fring for the first time on a phone. For those of you familiar with Trillian, it's a lot like Trillian, but for mobile phones. My AIM, ICQ, MSN, Skype, Yahoo, Google Talk, etc. are all together in one convenient package now. And look ... off to the right of this very page. It's a fring widget so you guys can see if I'm online and drop me a quick message if I am. Ooo ... ahhh

I'd love to go into more detail about this thing, as I'm like a kid in a candy store right now ... but I'm under the gun getting a metric ass ton of prep work done for Comic-Con (see previous blog entry). But I'll be playing with this and using as many features as I can.

Woo hoo!! Another year, another Comic-Con. Actually, it's going to be a busy year this year. I'll be at Comic-Con again, producing a host of segments for Electric Playground. Comics. Video games. Movies. You name it ... I'll be covering it.

I've been setting up interviews for weeks now, and there's still a lot that I'll be doing on the fly. Also, thanks to the new phone (more on that later), I'll be adding all sorts of pictures and videos from the show. I'll be organizing a lot of the coverage that EP (and Greedy Productions as a whole), and if all goes as planned, I'll be running around w/ my own camera. You won't actually see me in front of the camera on the segments, but I'll be one of the guys with the mic. Also, it looks like I'll be doing some extra coverage for some of the other outlets. I'll keep you posted here.