So ... due to circumstances outside of my control, I sadly didn't make it down to MegaCon this past weekend, but I'll be damned if I didn't feel the ripples from Orlando all over the comic scene.  What on Earth could possibly have made that big of an impact?  Was it some epic cross-publisher event?  Was it some hot new property signed to a major development deal?  Was it a polar shift in the business of comics as we know it?  No ... it was none of these things. So what is it that could possibly sound the clarion call for comic book fans and professionals alike to stand up, rally together, and shout with a singular voice?

In my last post, I talked at length about my mom's suicide, the loss of loved ones, and how I've managed to cope with everything on an emotional level.  It's still a work in progress, but hey ... so's every day you roll out of bed.  Still, you've got to move forward with your life and try to make it through the rough times.  I was no different when everything happened to me.  It's been almost a full year since my world was seemingly shaken apart at the seams.  So what have I done in the meantime?  It took some time, it took some effort, but I saddled up and jumped right back onto that horse that threw me.  I stopped letting everything eat away at me, and I took my life back.
For those of you that have been wondering how I've been managing since the last birthday, here's the obligatory update:
Read more »
Posted by Unknown at 1:29 PM No comments: 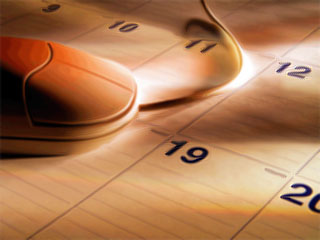 So, this is a couple of weeks early, but it's something I'm thinking about a lot anyway.  April 1st is fast approaching and if you know me, you also know that's my birthday.  If you know me well enough, though, or if you happen to read through this blog enough, you know that it also the day my mom passed away last year.  It took me a while to really be able to talk about everything here, but eventually I did so in two separate blog posts ("It's been a long time ..." and "Moving forward ...").  If you haven't read those before now, do me a favor and read them now, because I not only want you to understand what's gone on in my mind, but I also hope that my experience might be able to help some of you (or those you know) out during some particularly rough times.
Go ahead and take the time to read (or re-read) those two posts, and then come back here and I'll let you know what's on my mind now ...
Read more »
Posted by Unknown at 1:16 PM No comments:

Previously on Stacking the Deck ...

David went of on yet another rant, this time arguing the point that a journalist should be defined as such based on the merits and value of his work, and not the subject of the writing.  In short, he said that an entertainment journalist is, in fact, still a journalist.  Addressing critics who prefer that the term "writer" be used instead of "journalist", David claimed that that the two terms were related, but distinct ... and that he planned a future blog post to elaborate.

And now, that time has come ... (cue opening title sequence)

One of the biggest criticisms I get these days tends to have nothing at all to do with my writing.  Instead, it's my title:

That's right. Instead of answering questions about actual work, things like my style of writing, the facts I present, or things of that nature, I get questioned about why I call myself a "journalist".  Really?

Email ThisBlogThis!Share to TwitterShare to FacebookShare to Pinterest
Labels: Journalism 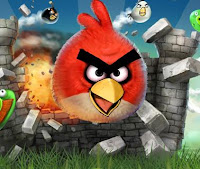 If you follow me on either Twitter or Facebook, you've probably already heard me talk about picking up my new phone, a Samsung Galaxy S 4G.  Yes, I love my new phone ... but that's not what this post is about.  It's more about one of the first things I did with the phone when I got it.  After playing with the pre-installed goodies and re-installing the apps from my myTouch 3G, I immediately hit the Android Marketplace and downloaded Angry Birds.  Then, after deftly using my slingshot to pummel some piggies into pork chops, I put down the phone, signed into Facebook, and checked out the latest update to Pocket God.  All the while, my PS3 and Xbox 360 just sat on the shelf, staring at me accusingly, asking me, "How could you do something like this to us?"  "How could you just throw away everything we built together?" At first I tried to deny it, but suddenly I realized that they we right ... I was having an affair with casual gaming!!

The perks and pitfalls of PR

Every once in a while when I'm going through the grind of my daily routine, I stumble across something that makes me stop and say "What the hell?"  Last night, I happened across one of those things. I saw an article over at TechCrunch which, on the surface, looked like it was calling out a PR rep for some sort of unprofessional behavior.  The problem is, once you get past the headline, you realize that the article was dripping with overly sarcastic venom spewing forth about something that, to be perfectly frank, seemed to me like just a PR rep doing his job.  Instead of calling out some PR rep for being unprofessional, the folks over at TechCrunch ended up coming across as the ones lacking in tact and professionalism.

Which brings me to the subject of this post ...