Why "Utopia" ain't all it's cracked up to be.

Earlier today, I saw that Gail Simone (the accomplished and talented writer on comics such as Birds of Prey, Wonder Woman, and Secret Six) had started up a conversation on the concept of Utopia ... specifically writing about a Utopian society.  Admittedly, that got the gears in my head turning a bit, thinking about human nature, the concept of Utopia, and the fact that it might be a nice place to visit, but I'll be damned if I'd ever want to live there.

Here's the problem I have with a Utopian society.  Simply put, it's just "too perfect" ... 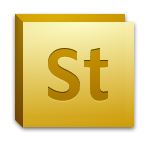 So when it comes to my writing, a lot of you out there are only familiar with my journalism work or my blogs.  I mean, I post links to everything on Twitter and Facebook, and I also post extended rants and the like over here. If you've been paying close attention, though, you'll notice that I occasionally mention that I've been spending time developing a few IPs ("intellectual properties" for those of you playing at home).  Usually, right about now, I'd be brainstorming or such, possibly posting my train of thought and such.  Instead, I want to take a minute to recommend something for any other armchair writers looking to try their hands at putting together the next great screenplay.  If you've got a story to tell, then you should definitely check out Adobe Story.

Flash in the Pan Syndrome 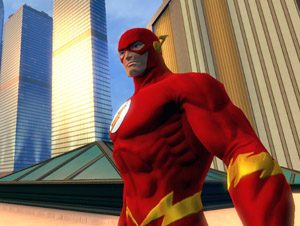 Over the weekend, I spent a little time listening to the latest podcast from the women over at Sarcastic Gamer's SG Pink show.  While the ladies were talking about the games they were playing, Jax (a longtime friend o' mine) mentioned how she's been spending a lot of time playing Rift over World of Warcraft.  That's not what really caught my attention, though.  Instead, it was when they mentioned how she'd been playing DC Universe Online prior to Rift, and how the game had just kinda drifted off the radar.  It's not that the game suddenly stopped being fun or anything, but rather that after the initial hype wore off, it just seemed like people moved on to the next thing ... or as Harley said, it was like everyone just went "SHINY!!! ... Okay, SQUIRREL!!", and then moved on to whatever was the next big thing.

That's when the wheels in my head started turning.  What causes so many properties to build up a lot of momentum prior to (and usually just after) release, only to fizzle out immediately thereafter?  Who's to blame? They say it's always darkest before the dawn ... so why is it that when it comes to entertainment, things are always brightest just before they go pitch black?

3DS and a little "depth perception" 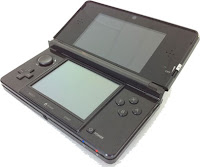 It's been a couple of weeks since I picked up my Nintendo 3DS.  I've been putting Nintendo's latest handheld through its paces since then, and I've been letting my thoughts come together into something concrete.  So, is it just a passing fad or is it the best thing since sliced bread?  Well, truth be told, it's neither.  I've spent enough time with the system and played enough games that I can put together a nice little breakdown on my thoughts.

Y'know, it seems like there's just no such thing as originality in comic books these days.

Take Wormwood: Gentleman Corpse by 30 Days of Night artist and co-creator, Ben Templesmith. I mean, if you've read one comic series about a wormlike demigod who wears dead bodies likes new suits, spending most of his time sharing drinks with an undersexed automaton sidekick and female bodyguard in an bar run by his ex-girlfriend who just happens to be guarding a pan-dimensional gateway in the basement, all while saving the world from the occasional apocalyptic supernatural threat … well, you've read 'em all, right?

Well guys and gals, I figure it's time to give all of you a little something new.  Usually, you all come in here and check out my latest rantings and ravings on various subjects, pick up the occasional link to my work with some commentary, or just get a quick glimpse into my life.  That's just not enough for me though.  I've decided that I'm going to start adding some original content here.  Reviews and recommendations, feature pieces, etc.  Just some more stuff for me to write, akin to what I do for all those other outlets.

Overall, the plan remains the same for this blog as I don't know how often these types of pieces will pop up in the regular stream of consciousness that is this blog.  These articles will just an added bonus of sorts.  Sometimes I might be in the mood to write a little something extra.  There's any number of reasons I might get that burr in my butt to do something extra.  And if you guys like it, I'll do it more frequently.  Right now, though, I'm just in the mood to expand the content here.

PopCap heats up the console market with PlayWave (AFD #7)

With a host of hit games under its belt, including Peggle and Bejeweled, it should come as no surprise that PopCap Games is looking to expand its market.  Even so, today's announcement that the company was getting into the console biz was a shocker nonetheless. More surprising was the news that PopCap's new console, dubbed the "PlayWave", would not only be a gaming platform, but also a fully functional microwave oven as well.

While the idea might seem preposterous, it's definitely got some practical [Ed. Note: I think you mean "practical joke"] applications.  Besides, if the company can find success combining things like "plants" and "zombies", then who's to say that combining a microwave and a game console won't be just as big a hit?

Read on to learn more about the PlayWave ...

Holy cow, it's been a busy time over at Blizzard Entertainment this week, as the company decided to unleash a slew of new announcements to gamers, just in time for the weekend.  I mean, if you're a fan of ANY Blizzard game, it's like Christmas in April for you.  Just take a look at what's coming from the studio.

Trust me when I say I'm excited by the news.  I mean, I couldn't make any of this stuff up!! [Ed. Note: But that doesn't mean someone else didn't]

Y'know, every time I'm playing a fantasy-based MMO, I find myself saying to myself, "Self, you know what would make this game even better?"  To wit the voice in my head says "Dude, you're talking to yourself again." and I respond, "No, that's not it.  What this game needs is more military grade artillery!!"

Well, apparently the guys and gals over at ArenaNet and NCsoft have been reading my mind through the tinfoil hat I made and answered my request, as they've announced today that their hotly anticipated MMO, Guild Wars 2, has bolstered its ranks with the inclusion of a brand new profession ... the Commando!!

Read on and check out the highly classified (and totally true) intel for yourself, along with the announcement trailer of the new profession: 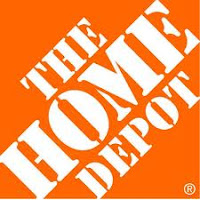 Those fine (and funny) folks at Twisted Pixel, announced via email early this morning that they had entered into a new partnership agreement with none other than ... Home Depot.  That's right.  Instead of doing some exclusive deal with somewhere like GameStop or Best Buy, Twisted Pixel is looking to cash in on the heretofore untapped crossover potential of video games and home improvements with its upcoming game, The Gunstringer.

I COULD go into a recap of announcement, but why not let genius like this simply speak for itself?  Oh, and please keep in mind exactly what day it is today too.