Say what you mean and mean what you say ... 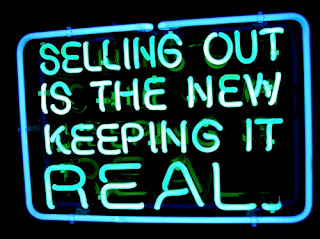 Let me start off this post by saying that I don't ever expect everyone out there who reads my stuff to agree with everything I have to say.  I know, I know ... big shock, right?  Seriously though, I'll be the first person to tell you that when it comes to editorial or review articles, they're simply one person's opinion of a given subject at a given time.  In my time as a writer, I've had people criticize my reviews because they thought I gave something too low OR to high of a score.  And hey, I'm okay with that.  A lot of times, I'll even try to engage people and let them know that what I try to do is to express my thoughts on the subject, explain my praise and/or criticism, and that I try to look at things through the eyes of the audience ... though it's going to be filtered through my own experiences.

All that being said, I stand by what I say and I value my reputation as a writer.  What's been pissing me off lately, though, is what seems to be a trend of writers willing to compromise their integrity for the sake of simply ruffling a few feathers and cashing in on the almighty traffic of hits.  Let me explain ...

If you've followed me at all, you know that I've written for a number of different outlets over the year.  Once upon a time, while contributing to one of these outlets, a conversation took place that still sticks with me.  One of the other writers (and before anyone asks, no ... I'm going to name the outlet OR the writer) thought it would be a great idea to trash a game that was, at the time, receiving universal praise.  This review wasn't going to be written as a joke or a parody, but presented as a real review of the game and carrying the support of the outlet. 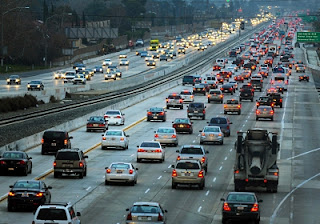 Now, if the writer in question had genuinely believed in what they were writing, I might have disagreed with the piece, but I'd have stood by the person's right to present their honest opinion.  The problem is, this writer specifically said that the article was being written for the sole purpose of driving more traffic to the site.  The idea behind it was that as word spread about the review, it would spark a fire with fans who would, in turn, fan those flames with the obligatory "Look at this crap X had to say about Y!!" with a conveniently attached link to said article.  And I'll be damned if that's not exactly what happened.  The writer was center stage in the spotlight, the outlet was getting a huge spike in traffic, and all it cost was integrity.  Of course, since this was all behind the scenes, no one else had to be the wiser.

Flash forward a bit now.  Time had passed and everyone had since moved on to other projects.  This particular day, I'd stumbled across some recent online posts from that writer.  In these posts, the writer was relishing in the fact that a new review was about to be posted and that the flaming was about to begin.  Once again, this writer had found a game that was well-received and decided to knock it down a more than a few pegs.  True to form, people flocked to the article, expressed their contempt (and sometimes rage) at the piece, and spread the link around like wildfire.  Once again, the writer ended up in the spotlight and the outlet got a huge spike in traffic. This time around, the writer was even bragging about of all the different names they were being called.  Now, there were a couple of posts from people supporting the writer's review and the praising their critical scoring.  Unfortunately, I'd  had a front row seat to this drama once before, and I didn't really care for this remake either.  Y'know, maybe I'm wrong.  Maybe this writer really DIDN'T care for the game this time around.  Maybe the review WAS an honest and forthright opinion.  And maybe it just so happened NOT to correlate with the rest of the writer's peers.  I just can't buy it, though.  It's too much of a coincidence. It's like they say, "Fool me once, shame on you.  Fool me twice, shame on me." 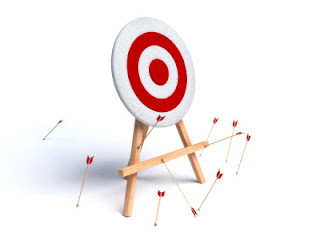 That experience admittedly left me a little more jaded about my chosen profession as well.  I'm not saying that everyone in the industry needs be some sort of hive mind and speak in a uniform voice.  Hell, I can run through a long list of games, movies, music, etc. that I've liked or disliked which doesn't necessarily conform to the majority opinion.  However, when I see an article that goes SO far off the mark from the majority while simultaneously baiting its audience for a reaction, I can't help but be suspicious of the real motivation behind it.  Are these writers truly expressing a unique opinion?  Or are they just trolling for traffic?  If it's the former, then more power to them.  I'm all for putting their thoughts and opinions out there, especially if they're willing to stick by their guns.  But if it's the latter, then these people are nothing more than "master baiters" getting their jollies by toying with their audience, stroking their own ego, and beating whatever shred of integrity they might have.

As upset as I am with those people who are quick to trade in their integrity for a little boost in ratings, it's NOT the norm.  Over the years, I've been lucky enough to work with some plenty of great and talented writers and editors whose opinions I genuinely respect.  These guys and gals bust their asses every day to make sure that their audience is both entertained and informed.  This is definitely a case of a few bad apples.  Unfortunately, every time some yahoo pulls a stunt like this, it tarnishes the reputation of the industry as a whole and makes it harder on the rest of the professionals to maintain the trust of the people.

Like I said at the start of this piece, I don't expect everyone out there to always agree with everything I've ever said or ever will say.  I'm sure there are plenty of times I've colored outside the lines, so to speak, and raised the ire of some people.  I'm know I'm not the most well-known writer out there, and I'll be the first person to say I'm not the most talented writer out there either.  But I've always stuck by my words, and I've damn sure never created a controversy just to drive traffic ... and I never will.  At the end of the day, it's pretty hard for me to shave if I can't stand to look at myself in the mirror. And my integrity is worth a hell of lot more to me than a few extra hits on a site.
Posted by Unknown at 6:07 PM